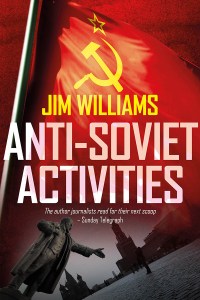 For Colonel Pyotr Andreevitch Kirov there is only one inescapable truth in modern Russia – if the old order does not change, it is impossible to bury the past.
When Kirov’s routine investigation into black market antibiotics is linked to the former head of the KGB – and Kirov himself is put under investigation by his own men – the course of collision is set.

As the old and new factions in the Soviet machine grapple for power, the stock in trade is the hardest currency known to the Socialist Republic … murder. Will Mikhail Gorbachev share the same fate?